We are proud to help our Long Island, New York customers with all of their home comfort needs from heating and air conditioning to fuel delivery. We service Nassau County, all towns in Suffolk County west of Riverhead, shore to shore and Queens, New York. Our headquarters is centrally located in Oakdale, NY.

Contact us for immediate HVAC service or fuel delivery.

Hart Home Comfort Rated 4.9 out of 5 stars based on 191 customer reviews

Powered by Nearby Now

Woke up to no heat. When I made the service call, they gave me an estimated arrival time of their Technician. He arrived earlier than predicted, quickly diagnosed the problem and made the repair. He also waited to confirm that the heat zones all activated. GREAT SERVICE!

Walter was fantastic, great work, my burner is purring like a kitten

Great person to work with

Tech arrived in a timely manner, understood problem and competently fixed problem- He cleaned up the area and removed grease marks from burner..

Quick response . Carlos your technician immediately diagnosed the problem and made the repair. He was courteous and professional.

Repairman came to my home at 1 am when by burner stopped functioning. Within three minutes he identified the problem, and in a hour my heat and hot water returned. He worked neatly, was pleasant, and best yet, knew his stuff!

Very knowledgeable and performed firebox replacement in professional manner. His attention to detail was superb and extended to noticing and repairing a crimped supply line.

Tom was on time, personable, respectful, informative and very pleasant. He explained the installation and showed me how the tank worked. He cleaned up after himself and was very professional.

The man was competent, personable and professional.

The technician was very informative and explained things very well.

Had our annual oil burner service tune-up and technician was wonderful. Prompt service, thorough cleaning and cleanup. Very polite and professional . Have used this company for 15+ years and very satisfied. Would highly recommend to any homeowner.

Came promptly, got the work done efficiently and was polite.

Excellent very efficient courteous clear explanation of what was done👌

On time, Neat and professional

Tom arrived between the window of time that the salesman gave me. he checked out the location of the old tank, the new location for the Roth and our heating system. As soon as he figured out his plan he went right to work. He unloaded the tank, consulted with us on the exact position and set it in place. Tom answered our questions. He measured several times before he drilled holes for the oil lines. He disabled the old lines and painted red on the old fill-up to avoid any future oil delivery mistakes.

True professional and a nice guy

Carl was pleasant and helpful

he has come to my home before, as always he is courteous, neat and clean in home, on time, does a great job.

Very professional and answered all questions

Awesome service. Went above and beyy

I realized I was running out of hot water early on, around 7am this Saturday morning, but couldn’t do anything about calling in for service since it was too early and I had to be away from home for a couple of hours before calling in for the service call. Before doing so, I measured to see how much fuel I had as I have a 1,000 capacity tank that’s underground. It measured a little over 28 inches which I later found out is equivalent to 600 gallons... I wanted to make it very clear that I didn’t think it was lack of fuel, and told this to Carmen who took my call this morning in the customer service department, specifically because she mentioned that it was noted on my file, that I refused a random fuel delivery back in July when the company decided to give me more fuel, and that if I needed fuel, I might be charged extra regardless of my contract, which upset for the moment, however deep down I didn’t think it was a fuel problem— the long and short of it, was that there was a problem with motor part which was fixed, but Carl (I think that was his name) told me he took motor apart to repair, but that if a problem regarding hot water occurred again, he would switch out and put in new motor. See the main thing about all this, was that I could not be home to wait for service man to come as I had plans to go into Brooklyn that I did not want to change. so, I told Carmen to inform the service man that (1) I would not be home; (2) that I was leaving side door to cellar unlocked so he could go downstairs in cellar to check out fuel burner; (3) that if he wanted to check fuel tank, I left measuring stick in my garage that I left side door unlocked so he could use it ; (4) explain what Carman told me that I may be charged additional money due to fact that I denied Hart’s random delivery back in July, because at that time I didn’t think I needed more fuel especially since it was summer time; and, (5) lastly, that the service man give me a call back afterwards to apprise me of what the problem was. I was just so impressed by both Carmen and Carl, with how all my concerns were relayed, and that they were handled in a very courteous, straightforward and professional manner. I felt as if I were leaving my concerns with family members, and that I was treated as such in return. I had felt this way initially about Hart Home Comfort. —- that’s why I decided to sign up with them. The customer service and three different servicemen I had seen up to date we’re first class gentlemen— crispy clean, seemingly competent, (good-looking !☺️ ( although I didn’t see what Carl looked like, but he sounded cute!😄🙃— the only thing that I did get a little upset about was when I was told that if it ended up being that I did in fact need fuel, despite the fact that I now was under contract, the company might charge me extra since I denied that random fuel delivery back in July, when the company knew the background information regarding my two service calls initially, where I was not under contract! That fuel guy st that time, even told me that not to worry, it wasn’t a big deal... ( I had just pulled out of my driveway when I saw the Hart Home truck waiting for me to pass, when I happen to ask him if he was planning to give me a fuel delivery.... that’s when I explained the background story) and how I felt strongly that I had plenty of fuel, and he said okay, that it was not a big deal.....however it would have been a big deal to me if that would have been the case today. I’m glad I measured fuel tank to try to assess that I still had plenty of fuel— but I would have been very very upset if Hart would have charged me extra if that had been the case, especially since at that time, I was not advised of the consequences! So, as I said previously, aside from this, I’m happy with the fact that I felt comfortable enough to trust a serviceman to check out fuel burner etc., without be having to be there. Thank you!

Was professional and personable and efficient.

Paul was prompt courtious and did a great job checked fittings and cleaned as needed.

In the past 43 yrs (Laco and then Hart) I have never met a Tech with poor customer service, brash communication and a “No it all” attitude. as the guy that came Tuesday 9/3. Even though my chimney had problems, he felt it right to degrade this home owner and the reputable chimney company I hired as if they were crap. After we cleaned chimney blockage, cleaned walls, installed 7” liner, rerouted exhaust vent pipes and capped chimney he still had much to say and talking to chimney guy as if he was their boss. Besides that his inspection left items unfinished. Site glass was not changed, debris that was in vent pipes he dumped on floor and didn’t do any vacuuming nor scrapping of boiler fins. This is not what I expected or contract for. After he returned the next day, after work was completed, to turn boiler and water heater back on I was questioned how I got chimney co., how much I was paying and implied that i should have used “His” company. At the end he told me how another customer gave him a 1 rating and if I wasn’t gonna give a fair review to not do it. So fairly a subpar rating is offered. Learn how to speak to people and complete job and rating will go up. P.S- He didn’t even sign or denote on inspection card. Not your best company rep. 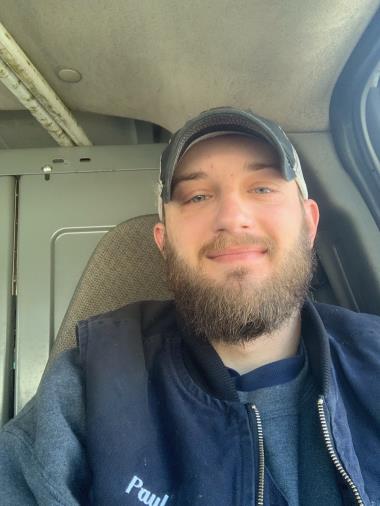 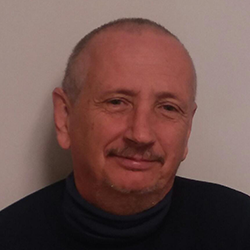 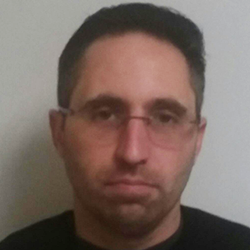 Boiler tune up and Vacuum

Boiler tune up and purge zones

We are committed to providing the best service for your ulitmate home comfort!

(631) 667-3200
Scroll To Top
This site uses cookies, which are necessary to its functioning and required to achieve the purposes illustrated in the cookie policy. By closing this banner, you agree to the use of cookies (read more).Ok